From radio broadcasts, to the spoken word, to comics— Al has explored nearly every aspect of COMMUNICATION in his diverse portfolio.

From prisons to protests, immigration to the environment, Peabody Award-winning Reveal goes deep into the pressing issues of our times. The Atlantic says, “the experience of each episode is akin to a spoonful of sugar, even when it’s telling a story about Richard Spencer’s cotton farms or a man’s final days as a heroin addict.” Reveal is a project of The Center for Investigative Reporting and is co-produced with PRX. Reveal is a Pulitzer Prize finalist and has won many broadcast journalism awards, including a duPont and three national Emmys.

“Mr. Letson keeps his eye on the prize — the full and frank exchange of views in a free society — but won’t be distracted from the main question: Exactly how do you get from the current vast mix in the United States to the dream of a white ethno-state?”

“What makes the podcast special is no secret: It’s Letson. He’s a poet, a singer, and a committed romantic who knows what he’s doing in this medium.”

For his latest project, Al Letson takes all the things that are floating in his head and turns them into a mixtape of delight for you. Errthang is just that, everything from storytelling to radio drama, pop culture reviews, to interviews with some of the most interesting people on the planet. It’s a vehicle to showcase all of Letson’s other talents. The podcast will give you errthang you need.

State of the Re:Union

State of the Re:Union travels the country to tell stories of, by, and for many of the individuals and communities that are regularly forgotten by mainstream media. Whether exploring with honesty and compassion the family lives of transgender people, the everyday existence of Americans living in Alaska’s interior, Hawaiian multiculturalism, or Salt Lake City’s burgeoning Polynesian, gay, and migrant populations, State of the Re:Union adds a wealth of new voices to radio, offering listeners a lot to listen to and ponder

While covering a political protest in Berkeley, California, on August 27, 2017, Al Letson found himself protecting a far-right provocateur, shielding him from a violent beating by anti-fascists, also known as Antifa. Based on dozens of his signature tough, yet personal interviews, Al portrays white nationalists, Trump administration insiders, and thought leaders across the political spectrum, woven together with his own experiences growing up as an African-American in Florida. The Center Will Not Hold combines the power of deep-dive journalism and compelling drama to reveal the deep roots and motivations that are fueling racial hostility across the country. 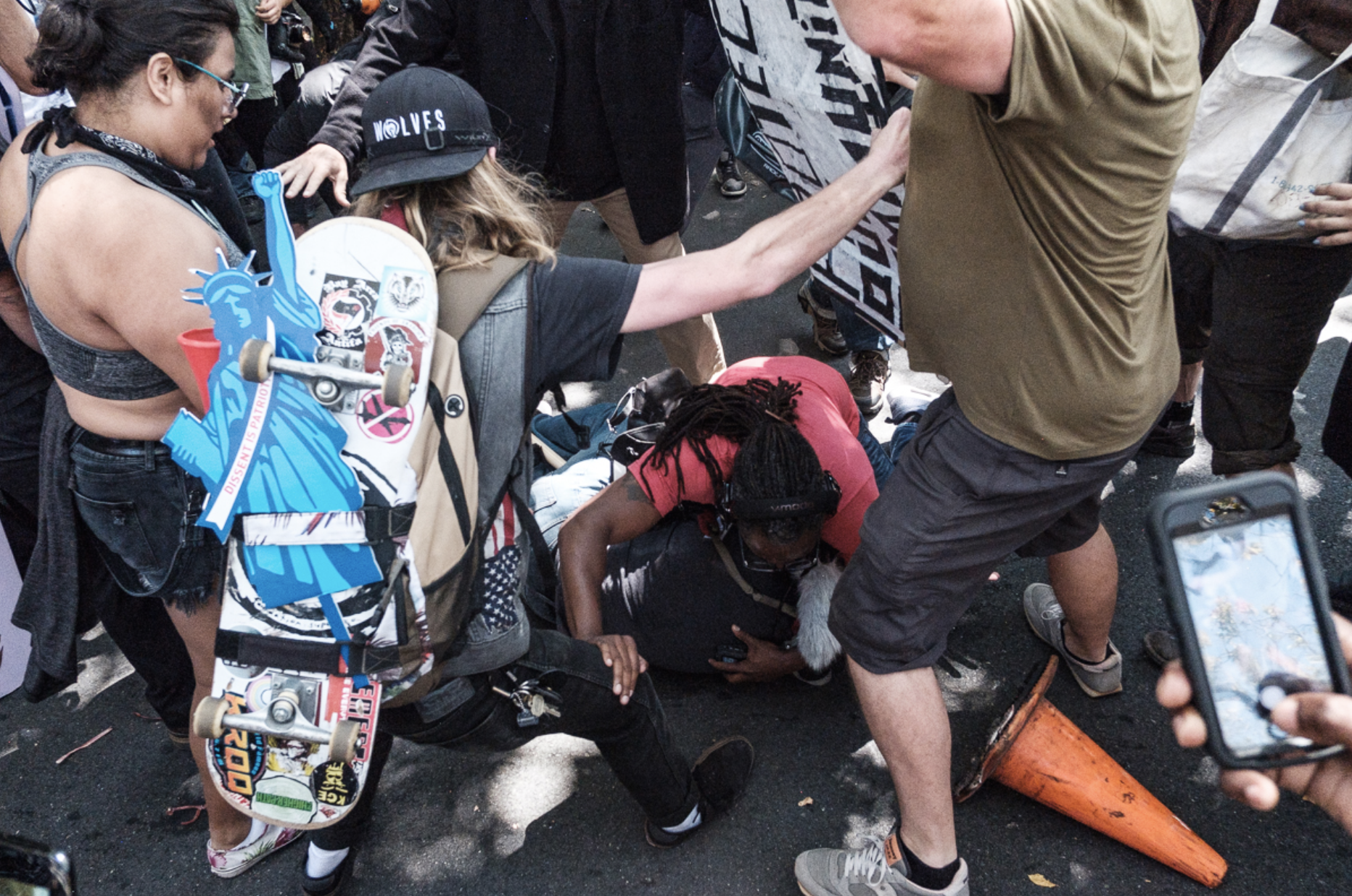 An autobiographical solo performance, Letson teleports the audience several years back to Jacksonville, Florida in the middle of a summer heatwave as he works at a summer camp filled with at-risk youth. Letson challenges perceptions about race and class as he struggles to connect with the disadvantaged children of the Sanctuary.

Funny, poignant, and ultimately inspiring, A Summer in Sanctuary will take you into the heart of a community, and leave you with a better understanding of the world.

When Angie moves from elementary to middle school, all the rules change. She finds herself at odds with the most popular girl at school, and the bullying begins. Slowly, Angie’s life begins to crumble as her parents struggle to help their child. The play illustrates the cycle of aggression; how it trickles down from the world at large, to a community, and its children. Chalk was commissioned by the Baltimore School of the Arts. 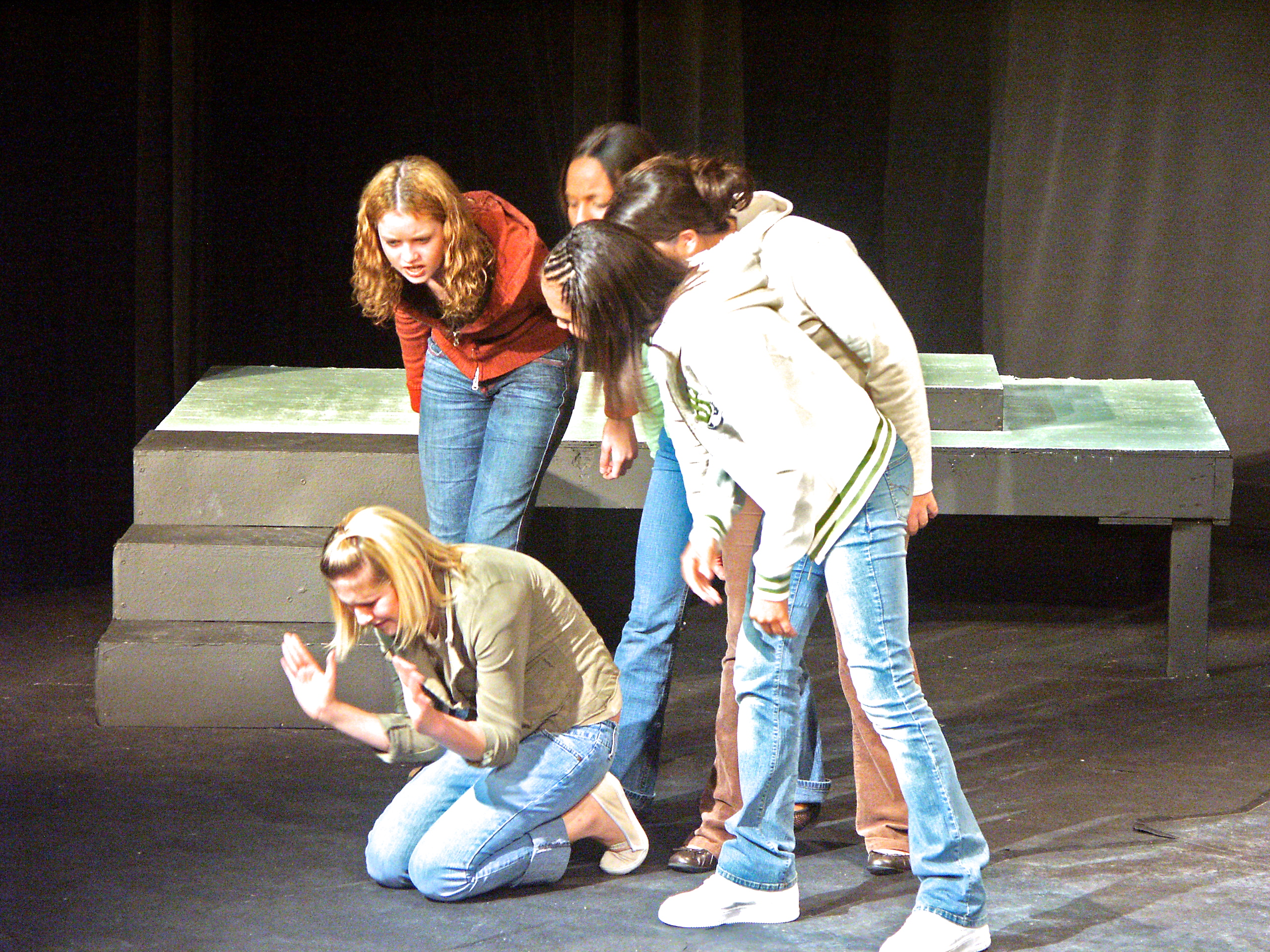 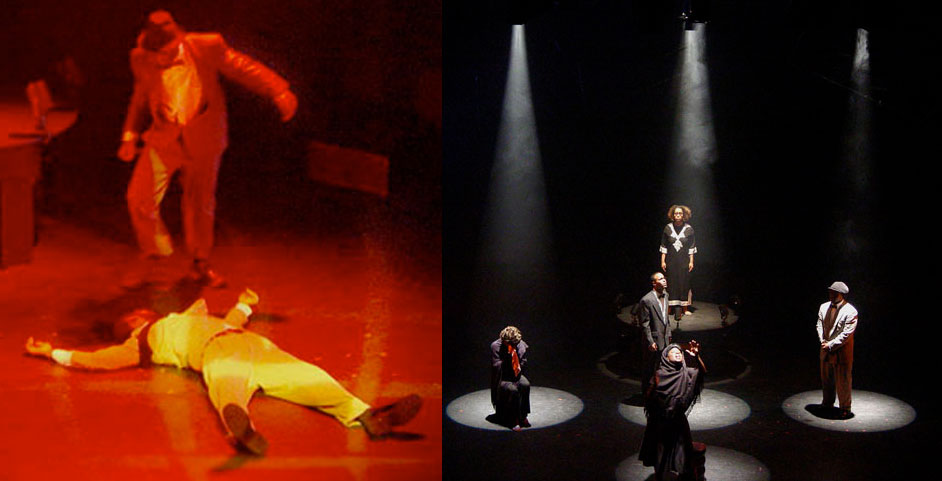 “IN TRUE MIX-’EM-UP FASHION, Al Letson Jr. has taken the violence, politics, and otherworldliness of Shakespeare’s Julius Caesar and smashed it into the history and mythology of Malcolm X… Julius X had its visibly moved opening-night audience grooving and ahhing.”

Julius X is a re-envisioning of Shakespeare’s The Tragedy of Julius Caesar that puts a whole new spin on the assassinated leader and those who conspired against him. Set in 1965, Julius X amalgamates the lives of Julius Caesar and slain civil rights leader Malcolm X, weaving the text of Shakespeare with bits of African mythology and performance poetry.

He Who Speaks the Sweet Word

Griot: He Who Speaks the Sweet Word follows the tradition of African American storytelling. Poetry, monologues, movement, and music combine to create a theatrical experience that mines both the pathos and brilliance of black artistic creativity. This Hip-Hop choreo-poem starts in the pre-colonial Mali Empire, and follows the word and it’s many manifestations over three centuries of culture, compressed into 90 minutes. Griot was commissioned by the Baltimore Theatre Project.

“More than mere storytelling, Griot: He Who Speaks the Sweet Word brilliantly enlightens and uplifts as it dramatizes the history of Africans in America through the beat, the word, and lots of creativity. “ 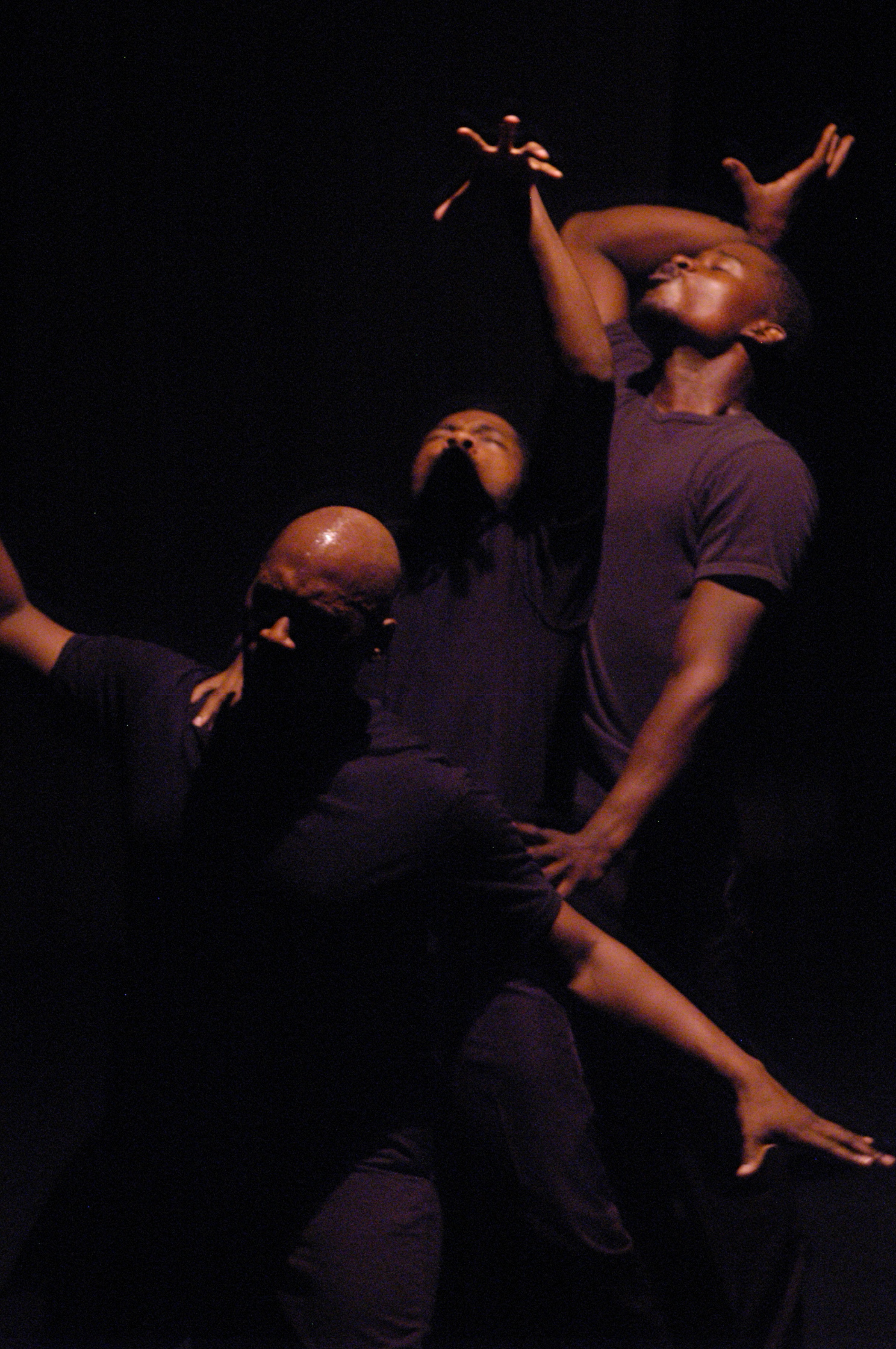 Al travels to Malawi for a job and finds unexpected human connection in a prison.

Haunted with guilt, a father admits he was not quite ready for a second child. 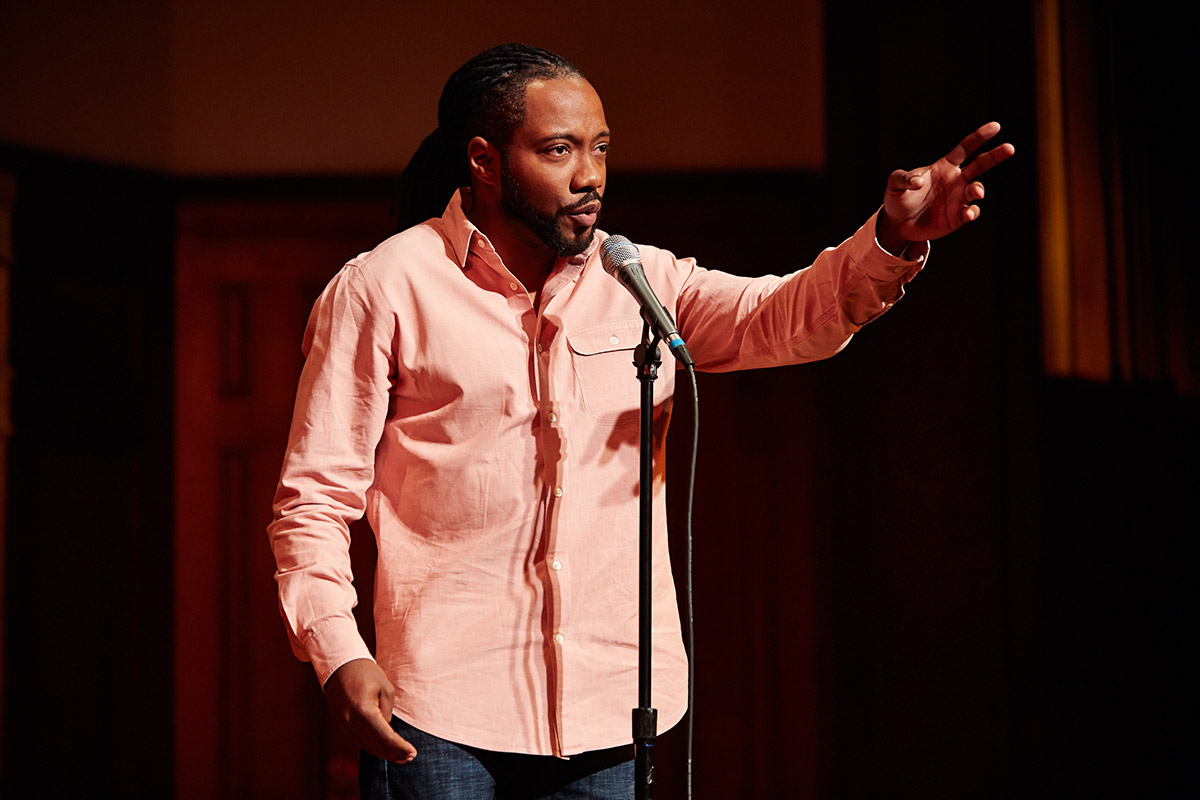 “Coming right out of the DC Talent Development workshop, Al Letson and Siya Oum may be new, but they have each shown they have what it takes to deliver a fast-paced, short story that not only has action, but heart as well.” 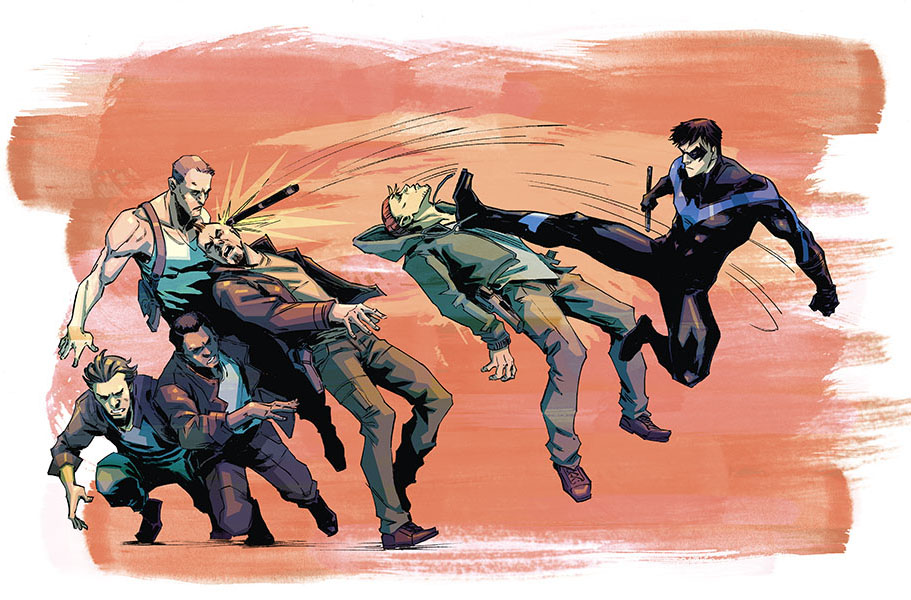